ROBOTIC SURGERIES: A Game Changer in the World of Healthcare

Robotic Surgeries: A Game Changer in the World of Healthcare 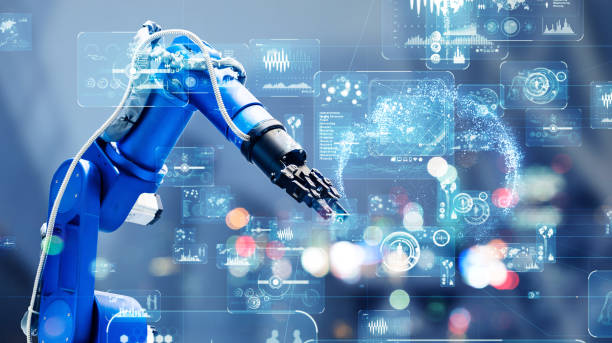 A penny for your thoughts? We know what you feel when people say something about Robotic Surgery. People tend to ask: What is robotic surgery? How is it different than other forms of surgery? Does it assure the safety of those people who wants to undergo robotic surgery? Questions may arise in the same level as the curiosity of the people. It’s no doubt that they will feel differently when they hear how robotic surgery works; however, to clear those curious minds, it’s better to give them answers now. Robotic surgery is a fantastic way to lower the risk of harm and postoperative complications. They are less intrusive than conventional procedures, need less medical assistance, and can be performed without general anesthesia or painkillers.

A traditional and/or conventional surgery is efficient and effective, whereas in robotic surgery it is proven that it has more benefits. Of course, both have great outcomes; but how important is Robotic Surgery? Well, to start off, it has the adaptability and accuracy of the technologies. In comparison to conventional surgical methods, robotic surgery offers more precise outcomes, less discomfort, and quicker recovery times— or should I say, you don’t have to experience a long stay in your hospital room because robotic surgery will speed things up. The range of effectiveness of Robotic Surgery has increased so much to 94%-100%. Rest assured; your safety is well secured. Even surgeons believe that these robots do more precise job than them.

Robotic surgery has been becoming more and more common as the technology offers many benefits including being less scary and quicker recovery time.  Procedures that were once only able to be performed through large incisions and with large instruments are now being done with microscopic precision with the aid of much smaller incisions and much tinier instruments.

Although robotic surgery was still a long way off, the concept of modern robotics emerged in the early 1900s. Karel Capek, a Czech writer, published a play called “R.U.R.” in 1920, which stands for Rossumovi Univerzaini Roboti, or “Rossum’s Universal Robots” in English.

This was the first time the term “robot” appeared in the English language. Capek actually credited his brother Karel Capek with coining the term “robot.” They used the Czech word “robota,” which means “forced labor,” because the robots become a serving class in society in the play. And eventually, they rebel against humans, resulting in the extinction of humanity.

Robots were still a concept during the next few decades, but they were most likely being worked on frequently. Science fiction writers also continued to experiment with the concept of super-advanced and intelligent robots and how they would interact with humans. Robots played a role in the near extinction of humanity in Frank Herbert’s Dune saga. The BBC aired a series of episodes of Doctor Who featuring robotic creatures known as Cybermen in October 1966.

During this time, NASA tested the concept of telesurgery or remote surgery, as a potential support for astronauts aboard the space station.

Similarly, the US Defense Advanced Research Projects Agency investigated telesurgery for long-distance battlefield surgery. Some progress was made, but full progress did not occur until the 2000s.

The first records of robotic surgery performed date to the 80s. Specifically, the first surgical robot, PUMA 560, was used in a brain biopsy procedure. This procedure took place in 1985 as robotics started to be implemented to reduce movement due to hand tremors.

Then in 1988, the PROBOT, developed at the Imperial College London, was used to make several repetitive incisions during a transurethral prostate surgery.

ROBODOC was created in the early 1990s by Integrated Surgical Solutions, Inc. and IBM. In 1992, they used ROBODOC to successfully prepare the femur for hip replacement in human subjects.

Engineers had developed three different systems that combined laparoscopic technology with surgical robots by the late 1990s. The da Vinci Surgical System, the AESOP, and the Zeus surgical systems were among them.

2001 marked the Lindinburg Surgery, which was a major success for telesurgery. Doctors Jacques Marescaux, from France, and Michel Gagner, from Canada, performed a remote gallbladder removal surgery from New York City. The patient was in Strasbourg, France, during the procedure.

However, the long-distance caused time delays from the control unit to the operating site. Even though the latency time during the Lindinburg Procedure was 155 milliseconds, the ideal latency time would be under 100 milliseconds. From the 90s and into the early 2000s, the Zeus system was used in several unique, or novel, surgeries. Some of the surgeries that were performed using the Zeus system include:

However, the Zeus system was discontinued in 2003 when its creator, Computer Motion, was purchased by Intuitive Surgical. After the merger, Intuitive Surgical favored the development, production, and sales of the da Vinci Surgical System.

In a major step toward autonomous healthcare, a robot successfully completed laparoscopic surgery on a pig without human backup.

Designed by a team of Johns Hopkins University researchers, the Smart Tissue Autonomous Robot (STAR)(Opens in a new window) has performed the procedure—which requires a high level of repetitive motion and precision—in four animals, producing “significantly better” results than humans. “Our findings show that we can automate one of the most intricate and delicate tasks in surgery: the reconnection of two ends of an intestine,” according to(Opens in a new window) Axel Krieger, assistant professor of mechanical engineering at JHU’s Whiting School of Engineering. Even the slightest hand tremor or misplaced stitch can lead to catastrophic complications.

Krieger, in collaboration with the Children’s National Hospital in Washington, D.C., and Hopkins professor of electrical and computer engineering Jin Kang, designed and built the vision-guided robot specifically to suture soft tissue. The new model, guided by a machine-learning tracking algorithm, is based on one from 2016(Opens in a new window) that accurately repaired a pig’s intestines, but required more human guidance.

STAR features specialized suturing tools, state-of-the-art imaging programs, and a novel control system that adjusts the operating plan in real time—ideal for unpredictable soft-tissue surgeries. Muscle, tendons, ligaments, fat, and other soft tissues can move and change shape during a medical procedure, requiring a quick response to keep stitching at tight and even as possible. Part of the appeal of a robot surgeon, as Krieger explained, is its ability to democratize patient care by removing the hierarchy of human skill and allowing for more predictable and consistent outcomes.

Robotic surgery made microscopic surgery possible which led to less complications like surgical site infections, less pain and blood loss, less time in the hospital and quicker recovery. An example of this is the Da Vinci Surgical System, this system performed and successfully did surgery on a grape which surgeons can’t physically do. Robot assisted surgery brings many advantages to patients and can improve patient outcomes. Robotic surgery allows surgeons to perform complex procedures with greater precision, flexibility and control than conventional surgeries. The number of da Vinci surgeries performed in the U.S. has increased by 52 percent since 2013, to nearly 700,000 procedures in 2017 and 98% of it was successfully performed. We can say that robotic surgery helped with boosting success rates and improved quality of life by helping to decrease the risk of infection and offer greater precision and accuracy.

The environment of a modern hospital is strongly connected to engineering and technology. A hospital does have a wide variety of technological equipment, from laboratories to intensive care and from short-term care to operating rooms. Therefore, the quality of healthcare provided and technical advancements are closely linked in the hospital. Therefore, in terms of the hospital’s overall strategy as well as from an economic perspective, technological equipment is crucial. Robotic surgery converts the surgical technique into an operation where the surgeon controls robotic arms from a distance, which may influence how procedures are carried out. For a number of reasons, these systems have a big impact on how the hospital runs overall. Some of them include the following impacts of robotic surgery in hospitals: shorter hospital stays, less post-operative pain and discomfort, the robotic system needing little room in the operating room, accelerating patient recovery and return to normal daily activities, high maintenance and repair costs, and the need for doctors to undergo extensive training.

Robotic surgery is one of the ways doctors or professionals do to perform surgeries. It enables medical professionals to carry out a variety of intricate treatments with greater accuracy, adaptability, and control than is feasible with traditional methods. However, this help from modern technologies may give potential risks to the patients during or after a surgery is performed. When using robotic technology, there is a risk of mechanical failure in addition to the possibility of human error. The camera, binoculars, robotic tower, robotic arms, and instruments are just a few of the system’s many possible malfunctions.

Specifically, during surgery with the help of robotic technology a large blood loss is one of the risks that could occur, along with the chance of unintentional cuts, tears, punctures, burns, or other damage to organs, tissues, major blood arteries, or nerves. In addition, complications could include the loss of an instrument component inside the patient’s body, such as a needle or other object used during surgery. The position of the patient’s body during the operation could also result in injuries.

This robotics-assisted surgical device performs the implantation of lateral and medial Unicondylar knee components, and for patellofemoral arthroplasty. The preoperative planning process allows for accurate implant positioning, using CT scan data to generate a 3D model of the bone structure unique to the individual patient.

The Pros of Robotic Surgery: Most times, robotic surgeries are minimally invasive. As a result, the patient experiences less discomfort, minimum bleeding, scarring, and only needs a brief period of recuperation. The natural limitations of human wrists are removed by the robotic arm, allowing for more delicate, precise, and effective movements during surgery. Robotic surgery is more exact, more precisely dissects nerve bundles, preserves erectile function, and increases the likelihood of a successful recovery than non-robotic surgery. Additionally, the surgeon has greater control, strength, dexterity, flexibility, and a superior vision of the surgical site. With robotic surgery, the surgeon may execute complex procedures while feeling more at ease and paying closer attention to detail.

The Cons of Robotic Surgery: When using a robotic system during surgery, there is a chance of mechanical failure in addition to the danger of human mistake. Examples of system parts that can malfunction include instruments, robotic arms, cameras, robotic towers, and binoculars. In other situations, the robotic instrument’s electrical current may escape its robotic arm and be inadvertently administered to nearby tissues, causing burn damage. Similar to how using robots during surgery can result in direct nerve compression or excessive body posture, robot-assisted surgery can also result in nerve palsies. Additionally, if there are issues, your surgeon might have to switch to an open operation with larger incisions. These include surgical scar tissue that makes it challenging for robotic technology to perform the surgery. Lastly, robotic surgery takes longer than non-robotic surgery to complete at surgical facilities with lower robotic volume or by less skilled surgeons.

The Surgical Clinic, The History of Robot Assisted Surgery. https://thesurgicalclinics.com/history-of-robot-assisted-surgery/

Bitcoin: Into the World of Cryptocurrency