MOBILE LEGENDS BANG BANG: The History and The ESports Community

The History and The ESports Community

The online games, particularly Mobile Legends: Bang Bang (MLBB) became a popular game in today’s generation. This game is very popular in Southeast Asia (SEA) because of its easy accessibility and fun to play game. It has the same charms as every gaming platform there is. Moreover, it adds portability and convenience to its perks. Due to its increasing demand this became a great source for advertisement, streams and now viewed as a competitive sport. Initially, we are going to discuss why it is popular in Southeast Asian countries, history and facts about the game, eSports, and where this game originated. And we will also tackle the summary of professional players, the investment of streaming, and the game before and after it got released.

The mobile game Mobile Legends Bang Bang is originated from China. It was developed by a Chinese video game developer and publisher based in Shanghai. Mobile Legends Bang Bang became available in July 2016 and became very popular in Southeast Asia. As many as 10 million accounts are believed to have downloaded this game from the Google Play Store, indicating how popular it is throughout Asia. Today, the game has over 100 million downloads on the Google Play Store and reportedly 75 million active users since it first launched. A game “Mobile Legends Bang Bang” (MLBB) is designed on which it can only be played on Android phones. This game is a very famous “Multiplayer Online Battle Arena” (MOBA) that pits five players against five other players in a game of survival. Players of this game can choose from a bunch of classes: tanks, mages, assassin’s, support, marksmen, etc. The game has simple controls and is appreciated for its fast-paced matches. In Southeast Asia, where practically everyone has at least heard of or has even played the game, MLBB has become extremely popular. Additionally, the largest Mobile Legends event is taking place in this region. The ASEAN games, which are effectively a mini-Olympics with only citizens from Southeast Asia being permitted to compete and represent their countries, also feature Mobile Legends as an Esport event. Overall, the popularity of MLBB in Southeast Asia is an indication of how far the mobile gaming industry has come and how it is now a substantial rival to more traditional gaming platforms. This is exciting for all of us because it signals the beginning of further advancements that we are now beginning to observe. With players in Malaysia spending $87.5 million, or 17% of total revenue, the country has proven to be Mobile Legends’ most lucrative market. Indonesia ranked No. 2 for player spending, generating $69.2 million, or 14 percent of the total, while the United States was No. 3, racking up $64.1 million, or 12.8 percent of all revenue. Mobile Legends has had 281.3 million downloads during the course of its existence, with 212.1 million, or 75%, of those coming from Asia. With 100.1 million downloads, or 36% of all unique installs, Indonesia led the world in downloads. With 41.2 million downloads, or 15% of the total, the Philippines came in second, while Vietnam came in third with 21.3 million installs, or 8% of the total.

MOBILE LEGENDS: BANG BANG HISTORY AND FACTS IN THE PHILIPPINES

In the Philippines, MLBB has over 100 million registered users and 25 million active monthly users in 2020, resulting in over 1 billion game downloads. With its rapid success over the years, it has become clear that it is one of the most played games in Asia. The local MLBB community gained a significant number of enthusiasts by fostering a connection between the game, its community, and the league. This increased engagement on their social media accounts resulted in an increase in followers and players. The first season of the Mobile Legends: Bang Bang Professional League Philippines was the true start of the mobile legends competitive scene in the country. With the help of MET Events, the most established esports events organizer in the Philippines. The MPL scoured the country to find teams willing to compete for the unprecedented prize pool of over 2.5 million pesos. The team “Aether Main”, the strongest team in the league, claimed the grand prize of more than 1.6 million pesos and the title of the first-ever MPL National Champions. Mobile Legends’ accessibility as a result of being available on mobile platforms gives it an advantage over its PC competitors. Since the game’s launch in 2016, it has gained a lot of attraction throughout Southeast Asia, helping to develop a thriving esports industry, particularly in countries like the Philippines.

Season 5 2020 – was held on February 28, 2020 and ended on May 31, although the league had to be temporarily stopped due to the pandemic. It featured a prize pool of US$ 100,000 and 10 teams participated in the league. The finals were set on the team’s respective bootcamps due to the lockdown in the Philippines.

Season 8 2021 – was held on August 27, 2021 and it was the fourth online tournament in MPL Philippines primarily due to the COVID-19 pandemic.

Season 9 2022- it began on February 18, 2022 and was held last May 1, 2022. Due to the pandemic crisis, the season was held on the MPL arena with strictly no live audience and only players, casters, and staff for safety purposes, but the games are still live streamed on the social platforms.

On September 1, 2017, the first season of the “ML (Mobile Legends) Southeast Asia Cup” (MSC) began in Jakarta, Indonesia. Eight teams from five nations—the Philippines, Malaysia, Cambodia, Singapore, and Indonesia—will compete over the course of three days for a $100,000 prize fund. IDONOTSLEEP (IDNS), an e-sports team based in Thailand were crowned as the champions.

The second MSC began on July 27 and ran until July 29 in Jakarta, Indonesia, with a prize fund of $100,000. While there was no qualification process for MSC 2018, teams from nations with established Mobile Legends: Bang Bang Professional Leagues began to be invited (MPL). 10 teams were invited, representing the following 7 nations: Myanmar, Thailand, Vietnam, Malaysia, Philippines, Indonesia, and Philippines. Competing team IDNS claimed technical problems with the game casting talents without user involvement during the competition. Moonton announced a rematch but then took it down, therefore there was no rematch. Despite the technical issues, the Philippines-based team Aether Main won the tournament.

From June 19 to 23, 2019, the Smart Araneta Coliseum in the Philippines hosted the third MSC. There were a total of 12 teams from Southeast Asia’s nine nations. With a total prize fund of US$120,000, the nine participating nations were Indonesia, Malaysia, Singapore, the Philippines, Cambodia, Laos, Thailand, Myanmar, and Vietnam. After defeating rival team Sunsparks, also from the Philippines, in the Grand Finals, Bren Esports was named the winner. This was the Philippines’ second MSC Champions victory.

The 2021 Mobile Legends: Bang Bang Southeast Asia Cup was virtually played from June 7-9, 2021 for the Group Stages, and from June 11–13, 2021 for the Playoffs. At the Grand Finals, two teams from the Philippines, Blacklist International and Execration, reigned supreme and competed for the title in the first best of 7 series in Mobile Legends history. Execration won the championship and $150,000 in addition to giving the Philippines its third MSC Champions title.

Kuala Lumpur, Malaysia hosted the 2022 Mobile Legends: Bang Bang Southeast Asia Cup from June 11 to June 19. The competition had twelve teams from nine nations, with a $30,000 top prize. RSG Philippines and RRQ Hoshi competed in the Grand Finals for the championship. The Philippines now hold the record for the most MSC titles of any MLBB-affiliated nation as RSG Philippines defeated RRQ Hoshi 4–0 to win the 2022 MSC (Mobile Legends: Bang Bang Southeast Asia Cup). 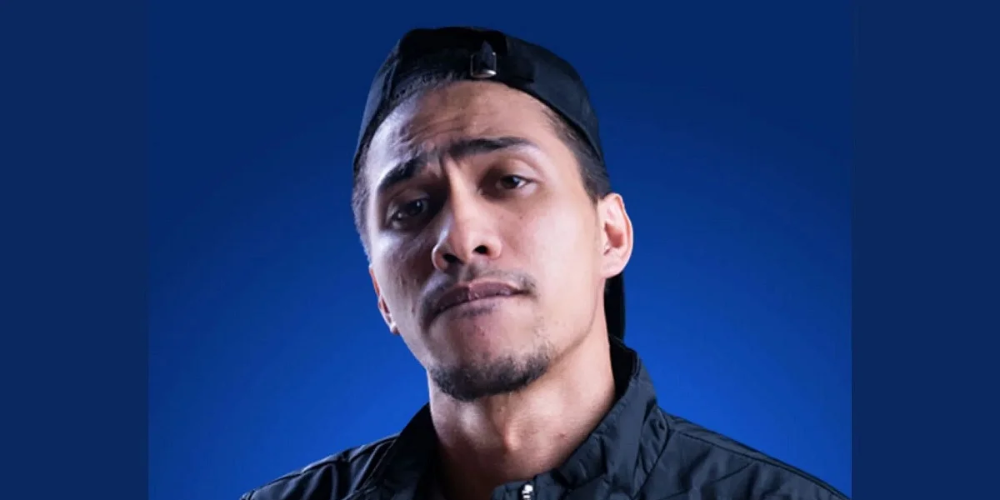 Without a doubt, the success of MLBB wouldn’t be possible without the efforts of this one man, whose developers, pros, players, talents, casual players, and even fans alike, his passion for mobile is unwavering. I would agree that it was possible. Setsuna “AkoSi Dogie” Ignacio. Despite his busy schedule and endless fatigue, Dogie finds a way to have some playtime at the end of his shift before heading back to school in the morning. Desperate to invade his streaming space, Dogie decided out of necessity to stream Legends mobile on both Twitch and Youtube, to no avail. Determined to get his streaming career off the ground, he eventually tried a new platform on his Facebook, but achieved the same result before finding inspiration in his dog. He used the FaceRig application to replicate the dog’s face, hence the name.

To this day, the controversial but colorful streamer has nearly 8 million followers on Facebook, and he has over 6 million subscribers on YouTube, along with multiple endorsements and brand partnerships with him. In his vlog he said, “Paano magkaka-Dogie kung walang Mobile Legends? Yes, sabihin natin na ako yung pinaka consistent at that time sa Mobile Legends kasi wala talaga e, walang may gusto.” Top notch results have produced professional players.While Dogie has always been lauded for making the scene relevant, the success of Mobile Legends has always been about the game and its I reiterated that it depends on partnerships with the community.

The Mobile Legends video game is regarded as one of the pillars of the MOBA sub-genre and is immensely popular and in high demand. People of all ages, especially in Asia, from puberty to adulthood, like this game. Because of its features, easy gameplay, and extensive instructions when you first launch the game. Starting with shooting and hitting, choosing the best path to take, using skills, interacting with other players, and ending with learning how to purchase items. People in these areas are likely to recall visiting computer stores before Mobile Legends: Bang Bang was published to play this game called Defense of the Ancients, or DOTA, which is a game that is similar to Mobile Legends: Bang Bang but does not require a gaming computer in order to be enjoyed simply by owning a mobile phone. Last but not least, you may enjoy it with your friends and converse with both your teammates and opponents.

Mobile Legend is more than just a game, as long as you know how to develop an audience that may possibly be marketed or used to generate income. The first alternative is to expand and sell your account because many new players want a shortcut and would be willing to acquire your fully grown account. You can also sell any extra hero skins and demand the price you want for them. Making videos of your gameplay in the Mobile Legends game is another excellent option to earn money while having fun. You can either go to your game replay section and record the best gameplay you have played there, or you can record your screen while you are playing. You might try uploading your videos to the two most popular platforms to see if you can make money from them. YouTube comes first, followed by Facebook. One of the best ways to gain a ton of fans is through live streaming. There are many different ways to monetize your audience or make money. One illustration is through Facebook gaming, where you may solicit donations from your audience in exchange for a subscription fee each month.

Digital COVID 19 Vaccination Certificate: Convenience and Accessibility All in One in Japan