HOW THE MOBILE GAMING DOMINATES THE MOBA 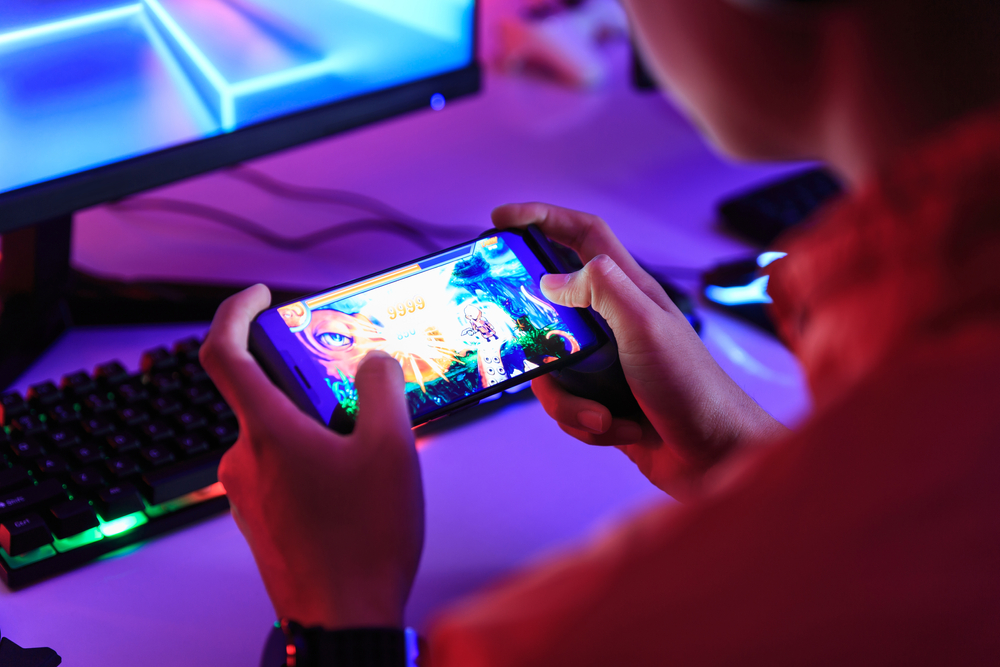 What is mobile gaming?

Mobile gaming is the most popular form of gaming in the world, overtaking both console and PC gaming. One of the reasons for mobile gaming’s popularity is accessibility everyone has a smartphone, which can play games.
Beyond the ubiquity of smartphones, mobile games have turned everyone into a gamer (whether they are willing to admit it or not). Gone are outdated notions of gamers being young men in their parent’s basement playing console games until the early hours of the morning now we see gamers everywhere we go. Whether it is a child playing a match-three game at a table, a man playing a word game while he waits for his plane to take off, or a woman in line for coffee and playing a racing game mobile gamers are playing everywhere they go. With the launch of the iPhone in 2007, we’ve seen mobile gaming not only become the most popular way we play, but it has also launched several games that have become wildly popular, and in some instances have resulted in major cultural moments outside of gaming like the Angry Birds movies.
With all this information, it is an enjoyable time to be a mobile game developer. If you have an idea for a game, there is likely a gamer out there who will love it, whether you’re developing a hyper-casual game or a more strategic, hardcore game. We are breaking down the status of the mobile gaming market, breaking down the distinct types of game dens that we get the opportunity to work with, and making some predictions about new tech that can take mobile games in the future.

Now that we have established that everyone is a mobile gamer, it’s time to acknowledge that they also love to play games. In fact, a recent study found that 51 percent of gamers worldwide would rather play their games than watch TV or watch something via streaming.
Some gamers would be used to this especially if they are playing hardcore or mid-core games. Hardcore games naturally have a pull for players often taking them deep into different worlds and challenges that require a lengthier time investment to really get the most out of the gaming experience. Mid-core games offer more depth than casual games and often require strategy like that of a hardcore game, but in a slightly more distilled version. These games also often appeal to a broader audience than hardcore games. Casual games had been seen as games with the widest appeal. These are simpler in both the game mechanics and rules for gameplay and can be picked up and played by anyone.
Then in 2017 we began to see the rise of a new type of game: Hyper-casual games. And no other genre is more popular on mobile right now — in 2019, 78 percent of the most downloaded new mobile games fall into the hyper-casual category, which is a 10 percent increase from 2018.

These light, snackable games are characterized by the ease with which players can hop in and out of a session these short bursts of gameplay can give players the break they need when waiting for a coffee, on their commute, or while waiting out a commercial break. This type of gaming could only be born in the time of the smartphone as millions of people have their cell phones at their disposal but then developers were faced with a new challenge. While there was a change for in-app purchases to be a monetization strategy, many hyper-casual game developers rely on advertising to monetize their mobile games. This means they need to ensure the quality of their game and gameplay needs to be top-notch to maintain a great user experience while still maximizing how often players are encountering ads.

No matter what kind of player you are, there is a mobile game out there for you.

For marketers, mobile is the best place to engage with the largest audience of players. This has resulted in the golden age of advertising, thanks to the myriad of mobile ad formats at marketers’ disposal. While it might be a little counter-intuitive, this is a suitable place for mobile game developers to get cozy with competitors. By cross-promoting your game with your competitors, you have the opportunity to increase installs and expand your user base. Here is the example of the top performing ad formats right now:

One of the most practical advantages of becoming a mobile game developer is the low barrier to entry into the space. No matter where you are in the world, if you have an interest and ambition to pursue a mobile game, the likelihood of you being able to access tools that will help jumpstart your career in mobile gaming are quite high.
In recent years, there has been a proliferation of both free and paid online tools that allow beginners and experienced developers hone their skills. There are several YouTube series like Android Game Development from Simplified Coding that give viewers a free overview of kicking off a career in mobile game development, and companies offer robust platforms to help developers build and launch their games faster.
Increasingly, we are seeing mobile game developers pop up in all corners of the world, and one of the most up-and-coming groups is the indie game developer. This is often someone working alone, and who may be pursuing gaming as a side project, or in hopes that it will help supplement their existing income to help support their family. The drive to create not only makes them enthusiastic and ambitious about creating their own game, but also makes them vital members of the online communities of other gamers looking to get feedback on their own games.
Some would argue that we’re just at the beginning of what mobile games are capable of  with new technologies debuting all the time, we could potentially see developers taking advantage of current cutting-edge technologies like AI to create completely custom games or in-game characters that evolve.

Mobile games typically exhibit two fundamental characteristics − they are “casual” and “freemium.” Casual games allow short play sessions, encourage replay, lack finality and are easy to learn. Freemium implies free to download and play, in contrast to premium games, which cost money to download and play. Still, freemium games provide opportunities to spend money during the game to extend the experience in diverse ways (e.g., level boosts, game retries, fast-forwarding game processes, permanent game content). These in-game purchases enable the developers to generate revenue from an otherwise “free” experience. Mobile games often include structural characteristics intended to urge gamers to engage in in-app purchases. These characteristics have been termed “artificial obstacles” as they are designed to slow down game progression through time investment alone. Such features have prompted industry professionals and academics to describe mobile games as potentially predatory or manipulative. Artificial obstacles may include restricting resources in the base version of the game, such as game lives or attempts, and forced waiting periods. Access to resources and rewards may be plentiful during the early engagement with a mobile game, but as time progresses, artificial obstacles become more prevalent to encourage spending. Mobile gamers who make in-game purchases often report removing obstacles or restrictions as among their primary motivations for spending money in the game. However, in-game purchasing is relatively rare, with an industry report by Serve reporting that, in 2019, only a minority (1.6%) of mobile gamers spent money on in-app purchases.
As mobile platforms allow for portable gaming, this activity might be undertaken in various contexts (e.g., when commuting, being outside of the home, or with others at social gatherings). Mobile phone gaming may distract from or otherwise interfere with normal activities, including driving, sleep, and academic pursuits. Several mechanisms have been proposed for problematic mobile phone use and related negative consequences. Impulsivity might be especially relevant for explaining when mobile gaming leads to negative consequences. The urge to alleviate boredom and receive instant gratification can drive use at inopportune times, such as during schoolwork. In terms of sleep, mobile gaming can displace sleep and thus lead to less sleep overall, induce arousal which prolongs sleep onset latency and impair sleep quality, and delay the circadian rhythm through evening/nocturnal bright light exposure. The negative consequences of mobile gaming highlight the importance of examining mobile gaming across different contexts. Studies have not yet investigated context-specific outcomes for mobile gaming, including how mobile gaming during class may relate to academic performance and/or how mobile gaming in bed may relate to sleep outcomes.

The relative risk of PG may depend, to some degree, on the structural characteristics of specific games, including the influence of the game platform that hosts these features. Console and computer games may contribute to PG by having games that are more varied, and complex game mechanics which require players to invest increasing amounts of time to progress and obtain desired rewards. In contrast, mobile games may contribute to PG by offering continual opportunities to play, through portability and having notifications and alerts to play. As highlighted earlier, mobile games may also employ tactics such as “artificial obstacles” that frustrate players’ desire to obtain rewards or make consistent progress, thereby requiring spending in conjunction with playing or engaging in frequent short game sessions to maximize reward payout or progress. Research thus far suggests that both mobile and non-mobile platforms have structural characteristics associated with PG, but it is unclear whether either platform is associated with a higher risk of PG compared to the other. This section reviews the literature on video game structural characteristics that may facilitate excessive gaming that can lead to problematic gaming.

Common limits of mobile games
Mobile games tend to be small in scope (in relation to mainstream PC and console games) and many prioritize innovative design and ease of play over visual spectacle. Storage and memory limitations (sometimes dictated at the platform level) place constraints on file size that presently rule out the direct migration of many modern PC and console games to mobile. One major problem for developers and publishers of mobile games is describing a game in such detail that it gives the customer enough information to make a purchasing decision.

Covid 19 Vaccine for Kids: Safe and Effective as Per Pediatricians