Google has been asked to take down over a million websites

Google is with 3.5 billion searches a day, the most popular search engine in the world 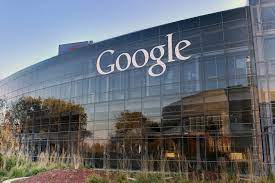 Google has received requests to remove more than 100 million links since January 2013 for web pages deemed to be in breach of copyright laws. That is double the number it received for the whole of 2012 and a sign that publishers are stepping up their battle against internet piracy. Copyright holders send millions of “takedown” requests to google every week to make pirated material harder to access online.

But critics say the approach is wrong.

“As soon as you take down one page another pops up in its place, “says Mark Mulligan, a technology analyst at Midia Capital. “It’s like playing Whack-A-Mole.” “This is because file sharing has become very decentralized – there’s no centralized server you can just shut down.”

One digital content provider specializing in, Degban, makes requests for about 300,000 link removals per month on behalf of clients and has asked for 31 million web pages, or URLs, to be removed from Google’s results so far, reports the search engine.

More than half of Degban’s URL requests were made on behalf of Froytal Services, a pornography producer, giving an indication of the kind of content people are sharing online.

But other major copyright owners making the most takedown requests included the BPI and its member companies, the Recording Industry Association of America, and the various film studios, such as Warner Brothers.

A spokesperson for the BPI told the BBC: “BPI removes around one million links every week to music hosted on the internet without the artist’s knowledge or permission.

“This process is one of the many initiatives undertaken by the industry to help to create breathing space for more than 70 legal music services in the UK that strive to promote and reward musicians.”

After years of spent attempting to clean the internet’s murky waters, Google’s latest transparency report reveals it has now received takedown requests for over a million different sites, with its individual URL removal request count now reaching the billions, these new figures suggest that pirates now have more options than ever before when it comes to stealing digital cargo. The number of takedown requests is up significantly from last year, thanks to copyright-holders increasingly widespread use of algorithms that automatically inform Google of copyright-infringement content.

While the numbers are staggering, it is hardly surprising that the world’s most populous search engine gets inundated with requests to remove illegal content from its search engine. What is unusual is, however, that the report shows sites like The White House and the U.S. Department of Justice have had requests to remove their content. The U.S. Government is not alone though, with legitimate sites like NASA, Netflix, the BBC and the New York Times also regularly making the nauseating list.

Other reports, however, are less nefarious. A site that is no stranger to being unjustly harassed by copyright holders is the movie database site, IMDB. Where most legitimate sites are getting accidental reports in the dozens, in recent years the popular movie page has had requests to remove over 1000 of its URLs. Unsurprisingly, Google refused to remove the site’s URLs from search results.

Still, many of these copyright infringements can undoubtedly be linked with a rise in piracy. With US internet service providers recently abandoning their piracy warning system before the UK has even implemented the policy, it seems as though making piracy sites harder to find is currently many rights’ holders best option. 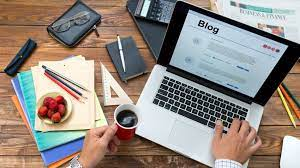 Out of the five categories, I choose BUSINESS, A business blog (b-blog) is a blog of published, informal online articles that are either included in a company’s internal communications system (intranet) or posted on the Internet for the public to read. A business blog may also be referred to as a corporate blog or corporate Weblog.

There are two main types of business blogs: internal and external.

An external business blog created by content that is like a press release, only less formal. Business blogs also tend to be updated regularly with timely information.

An international business blog uses RSS feeds to provide content to employees. Internal blogs are often used to promote employee participation and discussion, to foster a sense of community and to disseminate communication between various layers of a corporation.

Business blogs have the advantage of offering a glimpse of the inner workings of a company that might not be found on its corporate website. Whether business blogs are external or internal, they are a familiar part of the corporate world.

According to a study published in January 2011 by the center for Marketing Research at the University of Massachusettes Darthmouth, 50 percent of Fortune 500 companies-maintained a blog in 2010. External blogs may describe new products or services or respond to consumer questions and criticisms.

Source: By: Derrick Jovil O. Dagohoy
Tags: Google has been asked to take down over a million websites

Support for Mental Health in Asia: Boost with MindFi