A Look Into the Gaming Industry: Types of Video Games and Gaming Jobs

The gaming industry is one of the most exciting industries in tech because of its importance to culture, entertainment, and technological advancement. PC console and mobile learning gaming companies are using the latest in tech to bring their games to the screens of more than three billion people. 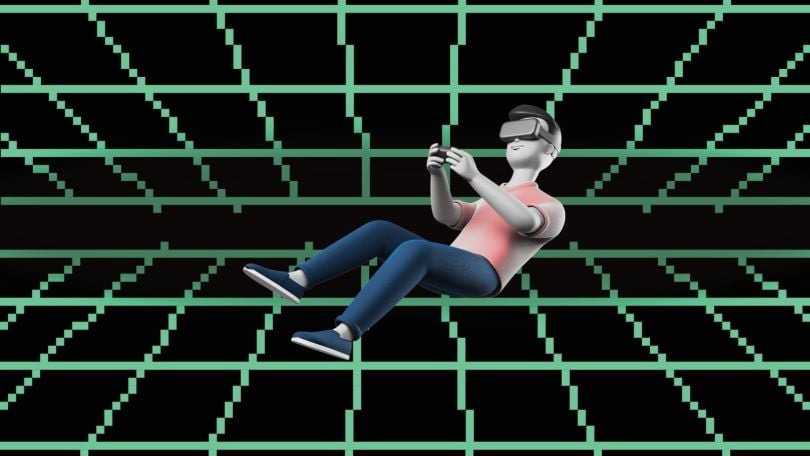 The gaming industry, a current $200 billion behemoth, is arguably one of the most important and innovative sectors in tech today. Its importance to culture, social networking and entertainment cannot be understated. The term “entertainment industry” is no longer reserved for Hollywood and the movie industry because gaming is now providing one of the most immersive and awe-inspiring forms of entertainment to more than three billion people around the globe.

Nobody could imagine what the gaming industry would blossom into when they were messing around with Pong joysticks in their basements and competing against their friends for the highest Pac-Man scores in the 1970s and ‘80s. These simple games would turn out to be the bedrock of today’s gaming industry and instant cultural phenomena.

Pioneered by evergrowing gaming companies, the current gaming industry is pushing the boundaries of technology to create cutting-edge and highly immersive entertainment experiences. Not only do we have the continuous advent of new consoles, PCs and devices that are putting us right into the game, but we also have the opportunity to watch some of the best gamers in the world compete in the esports arena and online through streaming platforms like Twitch and Mixer.

The gaming wars of today are just heating up. The battle over console gaming is being waged by Microsoft (Xbox), Sony (Playstation) and Nintendo (Switch). These platforms are pushing the absolute boundaries of technology by offering gamers state-of-the-art graphics, speeds and processing powers.

Traditional console makers, like Microsoft, will likely have to compete with cloud gaming platforms whose games available to those anywhere with any decent internet connection. Even Netflix is getting in on the gaming action. Additionally, PC gaming has opened up a world of opportunities for gamers who are looking for extra ease-of-use and dexterity when casually playing (or competing in) their favorite games.

Picture your favorite sport. All sports, whether it’s soccer, basketball or baseball, have many things in common: passionate fans, sold-out stadiums, engaging commentators and world-class athletes. The same thing is true in the world of esports. esports athletes are essentially the Michael Jordans of their profession, but instead of dunking on opponents on a court, they’re outwitting, outmaneuvering and outplaying their opponents in virtual worlds. Thousands of screaming fans pack the arena to root on their teams who are sitting on stage clicking away for a chance at a title, while millions more watch online around the world.

By 2025, esports is projected to garner more than 640 million viewers worldwide, with about 318 million of those viewers specifically falling into the category of esports enthusiasts. With a growing fanbase that may rival any professional sport on earth, it’s no wonder that cultural icons and savvy investors, like basketball legend Michael Jordan, rapper Drake and Dallas Cowboys owner Jerry Jones, all own at least partial stakes in esports teams.

Streaming has also been a massive success for the gaming industry and gamers alike. Platforms that support streaming like Twitch and Youtube Gaming give individual gamers the opportunity to livestream their in-game play to subscribers all over the world.

This innovation has allowed millions of streamers to gain a fanbase, interact with one another and monetize their gaming skills. Streaming has become uber-popular to the point where Twitch alone, the most-watched game streaming platform, garnered almost 1.5 billion minutes of watchtime in 2021. Breakout successes in the streaming industry, like Tyler “Ninja” Blevins, have been able to make upwards of $10 million a year just through the fans and endorsement deals that come with running a popular streaming profile.

The meteoric rise of the gaming industry is just getting started. Born from humble beginnings, today’s gaming sector is ready to take on any other in tech for the title of the most innovative industry. What makes gaming so special is that it’s not only immersive and entertaining, but it’s inclusive and expansive as well. There is a game and a way to play for almost every human, which makes gaming one of the most beloved industries in the world.

Console gaming is the original (and probably most well-known) form of digital gaming. In the early days, Nintendo and Sega dominated the market for consoles. Today, Xbox and Playstation have become the two most popular consoles, offering millions of players the ability to experience the latest in gaming technology.

Consoles have been a good indicator of the tech market as a whole. In the beginning, consoles were simple joysticks just technologically-ept enough to run simple games like Pong. Now, consoles, like the new Xbox Series X, have specially designed microchips that process images and power as efficiently as possible, all the while, being designed for 8K television screens. Gaming consoles are truly pushing the limits of consumer entertainment technology.

PCs have had a meteoric rise in gameplay with almost 1.8 billion people using computers as their gaming tool of choice by the end of 2022. Gaming computers are all about efficiency. Gaming PCs have their own dedicated RAM space, GPUs and cooling systems that help to efficiently run games in real-time. These bulked-up computers can handle graphically demanding games and can even make it easier for streamers who need a reliable system to manage gaming at a high level and livestreaming their gameplay at the same time. Games like Fortnite, League of Legends and Minecraft have made gaming one of the most popular forms of entertainment in the world today.

Cloud gaming is the newest type of video game technology making headlines. Imagine Netflix, but for gaming. You scroll through a library of games, choose which game you want and automatically start playing the game. No discs and no load times. Play on your phone, iPad or console. Cloud-based gaming platforms aim to make the whole gaming experience seamless and easy to play from anywhere at any time.

Cloud gaming is such a threat to traditional console gaming that Microsoft’s head of gaming, Phil Spencer, stated that Xbox is no longer concerned about competition from Nintendo or Playstation in 2020. Rather, they’re more focused on competing with the ultra-fast cloud platforms being hosted by companies like Amazon and Google. It is worth noting, however, that Google’s cloud-based gaming platform, Stadia, is shutting down in 2023.

Virtual reality (VR) and augmented reality (AR) are meant to put you right in the middle of the action. Instead of playing from a third person point-of-view, VR drops people into computer-generated environments to make them feel like they’re actually part of the game. VR offers gamers the ability to step into magical worlds and do everything from kick around a soccer ball to fight off hordes of monsters (like in the video above). Additionally, being directly a part of these kinds of digital worlds has made the draw to the metaverse that more appealing.

Augmented reality, on-the-other-hand, adds digital influences to real life. A popular example of AR in gaming is the mobile game Pokémon Go, in which smartphone cameras are used to find and capture virtual creatures in the real world. Gamers might come across a Pikachu in the park or even find a Wartortle on their walk to work.

Mobile gaming makes up about 45 percent of the total market share of the gaming industry with over half of the worldwide population projected to play a mobile game by 2027.

Why is mobile gaming so popular? It’s easily accessible and has games for every type of gamer. Instead of having to strap on a headset or pop a disc into a console, mobile gaming allows us to play wherever we go and whenever we want. In 2020, it took over television as the preferred choice of leisure activity with people spending more than 6.5 hours per week on mobile games.

The mobile gaming industry is poised for continual growth as investments in mobile gaming startups have skyrocketed, and creativity opens up avenues for more gamers to enjoy different types of exciting games.

That incredibly intricate, expansive and beautifully designed game you’re playing didn’t just appear out of thin air. It took a team of extraordinarily talented video game designers months, even years, to create all the dimensions that a user encounters when playing a game. These designers go through several prototypes of the game before rendering the final, customer-facing version. This requires an ability to be focused and resilient, as well as, an extensive background knowledge of game design techniques, tools and skills.

Game design, especially at the highest level, usually requires a bachelor’s or master’s degree with a vast knowledge in everything from 3D animation to graphic design and even physics. The job outlook for game design looks really steady because of the enormous rise in console, PC and mobile gaming. Cities like Los angeles, New York and Chicago employ the most designers, and a video game designer can make an average of $42,900 a year.

Video game programmers are some of the most sought-after individuals in the gaming industry. They’re the people who bring a designer’s work to life through code. A good video game would be nothing without the hard work of a programmer, who ensures that characters, missions and environments are supposed to interact the way they were intended. Most game programmers usually have at least a bachelor’s degree, but all need a vast competence of C++ (and other languages) in order to thrive.

Gaming’s popularity has caused a boom in industry hiring for programmers and it’s not projected to slow down. Job growth isn’t the only positive aspect about being a game programmer. The salary is too.

The median salary for software developers, which can encompass computer programming and digital design, is more than $109,000 annually. This puts programmers up there with some of the most well-paid positions in the U.S.

You can’t have a high quality game without video game animators. Game animators combine technology and art to create the interactive images and sequences that help tell the story of the game. Animators work closely with designers and programmers to make sure that a game’s environment interacts in a way that is natural, fun and helps to progress the game. Animators start every project with a basic storyboard, then help bring that story to life through a series of intricate animations. Animators usually have an extensive background in multimedia knowledge, as well as a degree in a field like computer graphics or animation.

Getting paid to play video games might be the ultimate dream job. Luckily, video game testers (better known as video game quality assurance testers) get paid to play, but more importantly, break, video games. Game QA testers push the work of designers, programmers and animators to the limits to ensure that games are free of bugs and allow for gamers to have the freedom to explore in these virtual environments. Testers usually run through what is called matrix testing, where they have to test every permutation and combination of events that could possibly happen in a game to ensure that nothing can break it.

There are really no essential educational credentials to have when it comes to QA testing video games. However, these testers need to have an eye for details, a tolerance for repetition and an intense passion for the gaming industry. Video game testers are in demand right now (especially in mobile gaming) due to the rapid increase of games being produced. Game and QA testers on average make around $55,000 annually.