Education Technology and How it Transformed Education Amidst the Pandemic

What is Ed Tech? 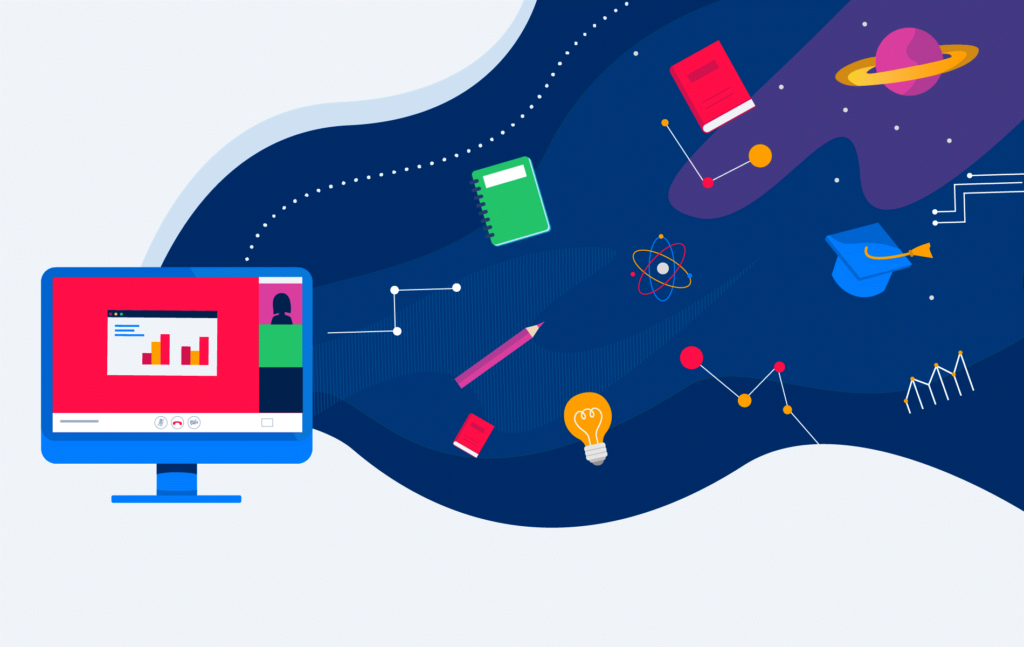 The term “EdTech,” short for “education technology,” refers to hardware and software created to improve student academic outcomes and teacher-led learning in classroom settings. Tablets used in classrooms, interactive whiteboards and projectors, the distribution of content online, and MOOCs are some examples of educational technology (MOOCs). The objectives of EdTech are to enhance student outcomes, personalize learning, and lighten the load on teachers.

In 1995, the first fully online courses (for credit) began to appear; some of these made use of Learning Management Systems or LMSs, while others just loaded content as PDFs or PowerPoint slides. The majority of the content was text and graphics. LMSs became the primary platform for providing online learning until the introduction of lecture capture technologies in 2008.

The United States’ training of its soldiers during World War II using training films and other media resources can be credited as the first widespread deployment of new technologies. There are many different types of presentation-based technologies available today, all of which are based on the premise that people may acquire information through both auditory and visual reception, such as streaming audio and video, PowerPoint presentations, and others.

The Evolution of EdTech Over the Years

Even over a period of six months, technology evolves in an astonishing amount of time. But can you even begin to grasp how much has changed throughout the years? The timeline of instructional technology in schools provides an overview of the 114-year evolution of this field in educational institutions.

1939 – The first TV appeared in a classroom in LA; now the most widely used technology in schools

1950 – Headphones became popular in schools and stations used to listen to audio tapes, which were dubbed ‘language labs’

1964 – BASIC was developed at Dartmouth College, aiming to give students a simple programming language that was easy-to-learn

1984 – The Apple Macintosh computer was developed. The ratio of computers for students in US schools was 1 – 92

1988 – Laptops were developed and were eventually utilized as teaching tools

1994 – According to the National Center for Education Statistics (NCES), about 35% of American public schools had Internet access

1999 – SMART boards were introduced in schools

2001 – 80% of schools with internet access offered professional development training for teachers to integrate technology into classrooms.

How Technology Helps Students in Their Education

Students today are digital natives. Technology is found at the center of their lives, touching every aspect of their daily lives and influencing their large and small decisions. Computers and tablets, which provide search results in seconds, are replacing traditional tools such as encyclopedias and card catalogs. Every day, schools implement new and innovative technologies to improve the educational experience for these digital learners.

Computers are now used in almost every subject, from mathematics to physical education. And other technologies have now entered the arsenal of technologies used in schools to improve learning. Teachers can provide instruction using

technology by using tools such as class surveys, interactive demonstrations, online videos, and educational websites to expand their communication. Teaching is not anymore a static activity. Technology allows teachers to create a truly interactive learning experience.

Students benefit from technology in a variety of ways as well. Students can use different types of technology to study topics from various perspectives, regardless of their level of comfort with technology. Accounting students, for example, can watch tutorial videos on YouTube as well as educational videos on Tiktok, Facebook, and other platforms. Similar to what “The Millennial Accountant” did on TikTok, where he made videos on how to do basic accounting and went live to answer questions about the accounting course.

Technology also enables learn to study and learn at their own pace, which helps them feel more at ease with the topic and the learning environment in general. Students can read directions, process information, and complete their work at their own pace thanks to in-class lessons combined with activities on computers or mobile devices both inside and outside the classroom. This self-directed learning also allows teachers to concentrate their efforts on students who may require additional guidance or assistance.

The Growth of EdTech During the COVID-19 Pandemic

EdTech has been around for many years, even before the start of the COVID-19 pandemic. It has been useful for students, especially for research and assignment purposes. Just a few clicks away, then you’ll get the answers you’re looking for. Despite EdTech being around for many years, it hasn’t been utilized that much in the field of education. It is usually used to connect with teachers and classmates or look up something you need in school, but only some use it for conducting classes virtually or what we call online learning.

Education is undeniably important, and when the global COVID-19 pandemic hit the world, it impacted education. In order to prevent the minds and learnings of students from being stagnant, educational institutions decided to make good use of Education Technology. Educational technology has been adopted as an alternative mode of learning, from a traditional classroom to a digital one. 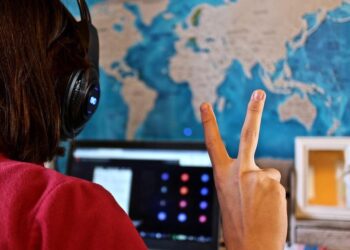 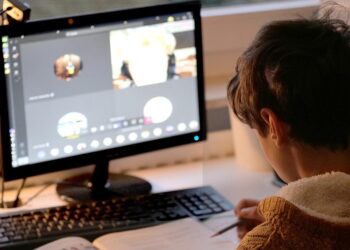 EdTech is all about facilitating learning and enhancing performance by utilizing technological applications. It is intended to promote and advance education. Due to the high demand, EdTech has been on the rise since the start of the pandemic.

Schools have been partnering with and investing in different EdTech companies to provide students with high-quality educational opportunities amidst the pandemic. According to Holon IQ (2020), “Jakarta-based Ruangguru has attracted over $150 million in investment, boasting more than 15 million users and working with more than 300,000 teachers who offer online courses in over 100 subjects. Singapore-based Emeritus partners with global universities—including elite U.S. institutions like MIT and Columbia to offer digital courses to over 50,000 learners from 160 countries in finance, marketing, innovation, and leadership.” Indeed, Education Technology, together with the efforts of educational institutions, has played a vital role in delivering education to learners in Asia and all over the world despite the distance this pandemic brought.

Effectiveness of EdTech in Learning During the Pandemic

The COVID-19 pandemic has disrupted schools over the past year, which has raised the need for education technology (EdTech). However, not all children’s experiences with the epidemic and remote learning have been the same. For some, it has been a lifeline, aiding with remote instruction and evaluation or connecting them with friends and support. The pandemic has shown how challenging it is to replace our in-person interactions and activities. But it also served to emphasize the reality that humans are social beings by nature.

Even in times of crisis, learning should never cease. Technology and innovation have kept the learning process going even while the COVID-19 pandemic is claiming lives all around the world. Teachers, students, academics, and corporate executives all use different digital platforms. EdTech promotes continuous learning and provides many advantages like adaptability, comfort, and interactive user interface. Technology adoption in the education industry has caused a shift away from a teacher-centric focus and toward a student-centric one. The seamless contact between the teacher and students is being maintained and improved via virtual classrooms and other online resources, which are as near to a traditional classroom setting as possible. Everything is now feasible in smart classrooms, from staff and management meetings to teacher and parent conferences, with the finest possible interactivity. A computer or even a smartphone can be used to host webinars, presentations, and conversations.

With the involvement of all parties, including students, teachers, and parents, the Ed-tech user base rose tremendously the previous year. They introduced virtual proximity to update schooling in the age of social distancing. Contrary to popular opinion, educational technologies do not undermine the importance of teachers or any other part of education; rather, they strengthen the bonds between educators and students by promoting natural and straightforward learning processes.

Global research on e-learning further highlights that it improves retention power while curtailing the overall time spent learning a concept. With solitary access to knowledge, some students focus more on their own learning process and cut unnecessary competition of being the “first” to answer in the class. It allows students to understand themselves and their keenness on any subject better, which enables them to make better higher education or career choices. It also promotes critical thinking among children (Roy, 2021).

MARKETING AND ADVERTISING ON TIKTOK