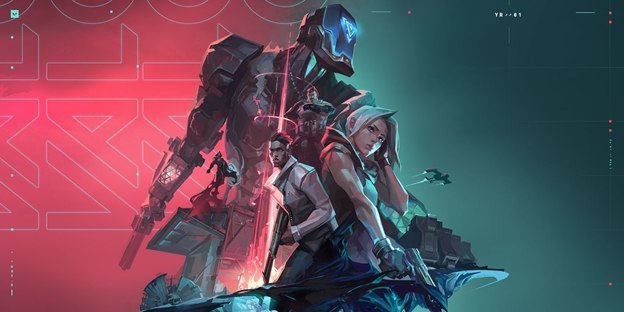 Did you know? There is a lot of history & trivia for Valorant that you might not have known about. Valorant is a First-person shooter (FPS) with 5v5 multiplayer published and developed by Riot Games, where one team assaults and the other defends. Search and Destroy is the primary game mode. While the opposing team works to prevent it, the attacking side’s objective is to plant a bomb (referred to as a spike) and have it explode. There are two types of matches available for this main game mode: ranked and unranked. Valorant is the most significant game in Esports and the world. Despite being young and new, Valorant is one of the best esports games all over the world. It has brought a lot of attention to e-sports from other parts of the world and is still growing day by day. This Tech Blog will cover the history and facts about Valorant.

Riot Games, the studio behind League of Legends, created and published Valorant. Development began in 2014, as part of their research and development division. Valorant’s game director, Joe Ziegler, is credited with coming up with the idea for the game while brainstorming with other Riot developers. Valorant’s creative director is David Nottingham. Valorant’s game designers are Trevor Romleski, a former League of Legends designer, and Salvatore Garozzo, a former professional player and map designer for Counter-Strike: Global Offensive. The art director is Moby Francke, a former Valve developer who worked as an art and character designer on Half-Life 2 and Team Fortress 2. In October 2019, Valorant was teased under the working title Project A.

It was announced on March 1, 2020, with a gameplay video called “The Round” on YouTube. On April 7, 2020, the game’s closed beta was released. To be eligible for a beta access key, players had to sign up for accounts with both Riot Games and the streaming platform Twitch and watch-related streams. The beta period ended on May 28, 2020, and the game was fully released on June 2, 2020. Astra, Breach, Brimstone, Chamber, Cypher, Fade, Jett, Kay/O, Killjoy, Neon, Omen, Phoenix, Raze, Reyna, Sage, Skye, Sova, Viper, and Yoru are the current agents in the game. Each agent possesses four distinct abilities (including one ultimate). So far, the agent abilities include traditional utility from realistic shooters such as flashbangs and smoke grenades, as well as magical/futuristic-themed abilities such as conjuring walls and sonic arrows that act as radar. 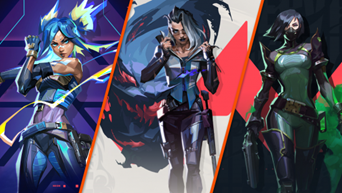 Here are 5 facts about Valorant.

Asian Countries Where Valorant Are Played Most 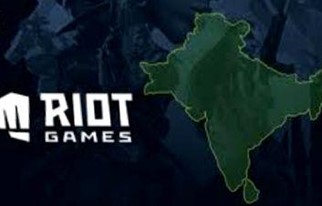 Right now, VALORANT, a character-based first-person shooter by Riot Games, is very popular, especially in the Philippines. It was first introduced approximately a year ago. With an average of 14 million monthly players on PC, the game swiftly grew to become one of the most famous FPS games in the world in just its first year in the gaming industry. In an interview with Yahoo Southeast Asia, Riot Games’ general manager for Southeast Asia, Hong Kong, and Taiwan, “Justin Hulog,” claimed that the Philippines has emerged as one of the main factors driving VALORANT’s popularity in the region. Given the conditions in the region at the time of its release, VALORANT’s success in the Philippines, Thailand, Indonesia, China, and the rest of Asia came as a welcome surprise to the game’s creator, he added. This aided VALORANT is rapidly gaining traction in Asia, which is home to some of the most lively streaming communities in the world, including the Philippines, Thailand, Indonesia, and the rest of the region. The game of choice for “a lot of prominent personalities” with sizable fan bases in the Philippines and Thailand all of last year was VALORANT. These countries not only provide active  streaming communities but also provide extraordinary talents in playing these games.

History Of The Game Developer 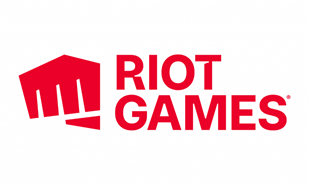 That’s according to Roundhill Investments CEO Will Hershey as VALORANT launched on Tuesday. It’s Riot Games’ attempt at entering the free-to-play online first-person shooter (FPS) games market, where two teams of five players face off against each other with characters known as “agents,” each with their own special abilities.

It’s also the developer’s first game with a whole new IP that deviates from the League of Legends universe, which Riot introduced to gamers over 10 years ago. Since then, League of Legends has grown into a worldwide sensation, and that has fueled the anticipation and curiosity around Riot’s new release.

The developer revealed last week that VALORANT’s closed beta pulled in an average of almost 3 million players daily. It also set record stream viewership numbers thanks to a beta key drop campaign on Twitch, driving players to watch hours upon hours of VALORANT gameplay in hopes of getting early access to the game.

This makes VALORANT not only a likely strong addition to the Riot Games portfolio, but it would also build on the immense success of the multiplayer online battle arena game (MOBA) League of Legends that initially prompted Tencent to take a stake in the developer.

Progress Of Valorant In The Philippines 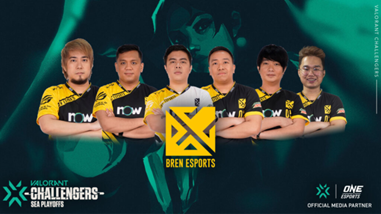 There are a number of reasons why Valorant became so popular in the Philippines.The first reason is that it is free to play, which means it is available for anyone that has a computer and an internet connection. Second reason is that Filipinos love first-person shooter games such as Counter-Strike, CS:GO. But the most important fact about the rise of popularity of the game is that it was released at exactly the right time.

During the lockdown era of the Philippines way back in 2020, many people were required to purchase new technology like laptops and computers due to the covid-19 pandemic in order to support their work from home scenario and online education. Thus, Riot Games’ timing could not have been better, as many people were able to test out Valorant on their brand-new gadgets.

Moreover, the popularity of game streaming peaked in 2020. Game streamers became a well-liked source of alternative entertainment for Pinoys who were stuck at home and were introduced to Valorant as a result of the streamers playing the game.

Since its release in 2020, this game has gained popularity and has become a worldwide favorite, especially among gamers in the Philippines. It was the eighth most-googled video game in the Philippines in 2021, demonstrating that Valorant has a big fan base in the nation.

Valorant Challengers is the domestic level of Valorant competition. Each region ⁠regardless of size ⁠will have a Challengers event. There are 7 Regions participating which is North America, Europe, Brazil, Korea, Japan, South-East Asia, and Latin America. The Top teams in each region will earn themselves a spot at the Master’s Event.

Valorant Masters is the first stage of international play in Valorant. The best teams from each region will qualify for one of three Masters events. Teams will earn VCT points based on their performance on Masters Event. These points will be needed to qualify for the Valorant Champions Event. 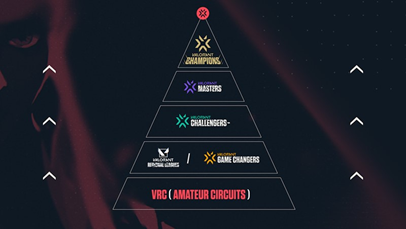 Valorant Before & After, Investment & Streaming

BEFORE – VALORANT is a free-to-play first-person tactical shooter video game being developed and published by Riot Games. It was announced on October 15, 2019 under the codename “Project A” The first agent in VALORANT was Brimstone followed by Viper, Omen, Cypher, Sova, Sage, Phoenix, Jett, Raze and Breach. On VALORANT first patch notes 1.0 Reyna is the latest Agent to join VALORANT, straight from the heart of Mexico. Then followed by Killjoy, Skye, Yoru, Astra, Kay/o, Chamber, Neon and last was Fade.

After – It was officially revealed as VALORANT on March 2, 2020. It was officially released on June 2nd, 2020 for PC. VALORANT was announced with the codename “Project A” on October 15, 2019 through Riot Games’ 10th Anniversary edition of their “Riot Pls” blog, which celebrated 10 years since the release of their multiplayer online battle arena video game League of Legends.

Patch notes 5.05– The latest Valorant patch notes 5.05 The cast of playable VALORANT characters has been steadily growing since the game’s release in 2020. Riot Games has been punctual about releasing new content, updates on agents’ skills, including skins, maps, and agents.

Investments – To make money from Valorant is to invest in the game. It is well worth the early investment. Riot’s success from League of Legends – As Riot’s next game after League of Legends, the most popular eSports title globally, it is likely that Valorant will follow suit. It is worth investing, because of VALORANT Similarities to CS:GO – Valorant’s gameplay is similar to CS:GO, another popular title. However, Riot has listened to people’s complaints and made it better, with the added bonuses of character selection and different abilities. Valorant Tournaments – Despite having only been released for a few months, Valorant tournaments are being set up and professional players are being snapped up by eSports organizations. Investing in new ventures is risky, but select your investments carefully and the money you can capitalize on is huge. Valorant has this high potential with relatively low risk.

Live Streaming – A great way to start making money playing Valorant, is to earn money from streaming. Anyone can start streaming. All you need is the game, the gear, good internet, and an account on an online streaming platform such as Twitch.TV, YouTube Gaming, or DLive.TV. Once you’re all set, you need to start building your audience as this is where your money will come from. The bigger your fanbase and viewership, the more money you can make from ads, subscriptions, and donations.

Valorant is a fantastic game that far outperforms any hype game. This has given rise to Valorant, a new bloodsport in which teams compete for survival in last-person-standing battles where death is simply an inconvenience. Some compete for fame and wealth, while others compete for personal reasons. Whatever their reason, only the greatest will survive long enough to win the title of “VALORANT.” The gameplay, which emphasizes teamwork and communication, will be simple for first-person shooter enthusiasts to grasp.

Valorant deviates significantly from what existing Fortnite and Apex Legends fans might expect. However, the moment you begin spending big sums of money, teleporting swiftly between two sites, sending out a holographic decoy as bait, or calling down a hail of mortar fire. It’s also interesting to see how effective these talents and aspects are in the absence of enormous war machines. Each member of the wide ensemble of agents shines out as a distinct character, fulfilling a specific purpose without ever appearing under- or overpowered. Due to the nature of the genre and the single map, there is a slight sense of repetition. Nonetheless, this region of the universe has the capacity to evolve and grow over time.

ShopeE-commerce: Bridging gaps of Filipino entrepreneurs during the pandemic