Despite increased efforts, businesses in Asia Pacific are struggling to digitalize

Despite increased efforts, businesses in Asia Pacific are struggling to digitalize

Only 18% of 800 business leaders say their digitalization efforts are ahead of the curve, according to a survey. The vast majority of people still see themselves as being disrupted by technology rather than being disruptors.

The epidemic has had a revolutionary influence on enterprises’ digitalization across Asia Pacific, yet the vast majority of businesses still say they are either barely keeping up with their industry in terms of digitalization, or are actively falling behind.

According to a new report, Riding the Next Wave – Digital Transformation Strategies in Asia Pacific, there has been a huge acceleration in business digitalization, but there have also been deep anxieties about the pace and risks associated with this digital transformation in almost every market and sector. 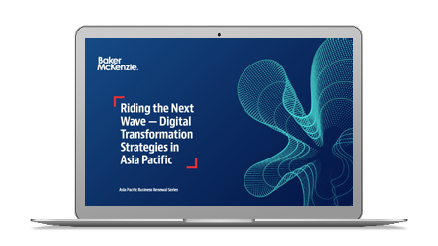 In fact, 79 percent of CEOs believe they are facing severe competitive headwinds in their market, identifying themselves as digitally disrupted, compared to only 21% who believe they are proactively disrupting their sector. This is even more apparent than in 2019, when the same study revealed that 75% of respondents believed their companies had been disrupted.

Singaporean business leaders are the most confidence in their organizations’ ability to lead in their respective industries, with 30% claiming to be digital disruptors. Respondents from Hong Kong (28%) and Mainland China (27%) were also deemed to be more disruptive than those from other regions of the region, highlighting where disruptive enterprises are more likely to be based today.

Despite many company executives’ reservations, the pandemic has undoubtedly boosted their digitalization efforts, with 72 percent of respondents indicating that Covid’s impact has been a major accelerant, with nearly a third describing it as transformative.

Sales and distribution channels, upgraded Customer Relationship Management (CRM) systems, supply chains, and compliance activities are among the key areas receiving the most digital investment, according to the research.

When questioned about the most significant technology-related dangers confronting their companies, regulatory inquiries came out on top, followed by data theft and serious system failure. The fact that two-thirds of respondents projected that tech and data-related regulatory and compliance enforcement will become much more stringent in the coming year underscored this focus on regulatory concerns.

The management and protection of data is one area where organizations have considerably improved their processes. Only 8% of respondents believe their data and tech risk profile is getting worse, with nearly two-thirds (64%) describing their company as moderately or highly skilled at data security.

Deal-making is also being influenced by digital revolution. When asked what the key drivers of their own deal activity would be in a previous report in this series focused on M&A trends in the Asia Pacific region, more than half of respondents (57 percent) cited acquiring new technology and associated expertise, which jumped to 74 percent of healthcare companies, 85 percent of financial institutions, and a whopping 92 percent of technology, media, and telecoms companies. Companies are definitely receptive to buying enterprises to advance up the digitization curve if they are unable to construct or lease solutions.