The world has evolved and so the technologies caused by its evolution. Man, on the other hand, also and have been consolidate with machine, tools, systems, and anything related to the creation of usage and knowledge produced by scientific strategic and proficiency.

Artificial intelligence (AI) is a broad tool that allows people to reconsider how we integrate information, analyze data, and use the resulting insights to improve decision making, and it is already transforming every aspect of life. Darrell West and John Allen discuss AI’s application in a variety of sectors, address issues in its development, and offer recommendations for getting the most out of AI while still protecting important human values in this report. It is the process through which systems replicate the human mind to learn, solve problems, and make quick decisions without the need for pre-programmed instructions. Robotics is a branch of engineering and computer science in which robots are designed to perform pre-programmed tasks without the need for additional human involvement, and the study of the design and programming of robots to perform designated tasks. AI has the ability to significantly improve workplace efficiency and eliminate the need for humans to perform tedious tasks. When Artificial Intelligence takes over repetitive or dangerous tasks, it frees up humans, allowing them to focus on creative tasks while still leaving enough room and time for interpersonal interactions. AI improves people’s lives by powering many programs and services that assist them in doing everyday tasks such as connecting with friends and using an email program or ridesharing service. Travel navigation, smart home devices, smartphones, drones, and smart cars are the best examples of AI in everyday life.

Artificial intelligence and robotics work well together to automate tasks both within and outside of the industrial environment. In recent years, artificial intelligence has grown more popular in robotic systems, adding flexibility and learning capabilities to formerly rigid applications. 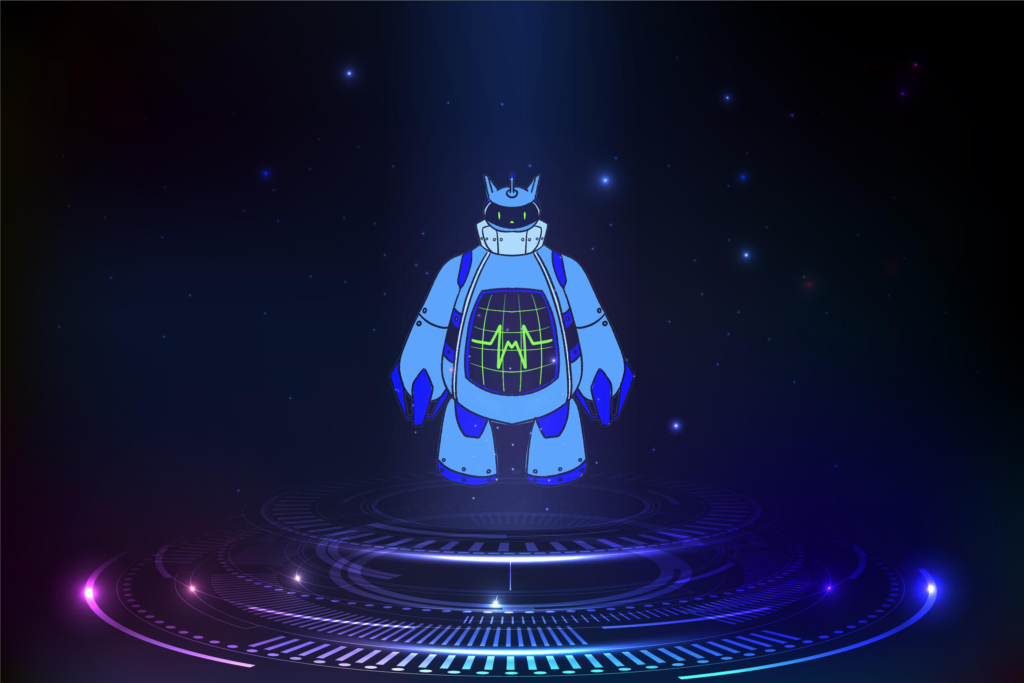 As one of our requirement, we were given a project to create an AI Robot that relates and help in the community. And we named our project as ‘AI Cleaning Robot’. People are fond of littering and not being responsible of their trash this causes a huge impact to our environment the earth is slowly decomposing due to our ignorance. We want to be able to mitigate the ffects of global warming and do what we can to help save the earth. We have created this to help battle our current problems with trash and garbage alike. Being responsible of the litter that we don’t take care of can have a huge change to the earth in the long run. We must be able to start the change between humans so that we can be able to truly confront the problem behind global warming, which is the abuse of materials and people misusing the resources given to us. With the help of technology and the advancements in cleaning waste we can slowly see a change in the environment, we can benefit from this, for the effects of global warming towards us humans can be really dangerous to our lives if not treated properly, if we don’t start the change now, we might endanger the human race and the ones that will suffer are the generations after us, our kids, the animals and the earth. We need to think of what our actions may do in the long term, it might benefit us for now but we will face the consequence when we act without thinking about what might happen.

We created an artificial intelligence robot that can clean a particular location. It can also assist sweepers to reduce their workload while cleaning a public place such as a plaza. In today’s pandemic situation, we believe that enhancing environmental quality is vital. Clean surroundings help us to avoid infections and live without worry. It may also inspire and educate children, as well as have a significant impact on our communities.

Cleanliness is an important step toward living a healthy lifestyle. Improving the quality of the environment in critical areas such as air, water, and pollution can help to avoid disease and promote human health. People are littering the streets, particularly in public places, yet no one has been apprehended. We have an antilittering ordinance in place, but we are not strict about implementing it. A street sweeper is one approach to maintain a location clean. A street sweeper is designed to remove as much dirt, grime, and debris as possible in a safe and dependable manner, and it has the characteristics and agility to handle a wide range of road designs and circumstasnces. Our public plaza and streets have sweepers assigned to them, but they are overwhelmed by the trash. Knowing this, we believe that an AI Robot that can follow and assist sweepers can help them reduce their workload. 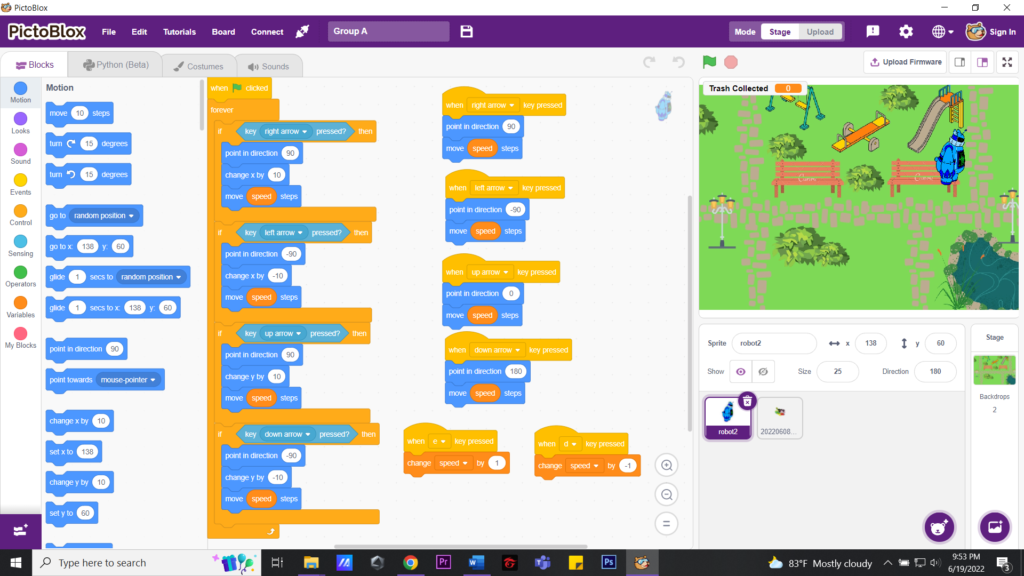 As improper waste disposal and the lack of discipline was one of the major causes of the problems in the city.  The AI Cleaner bot is designed to assist in cleaning the city or at homes efficiently. With the help of its installed sensors, it automatically scans the area in range for garbage. The garbage is stored in its available compartment and later disposed of when it reaches its max capacity. AI Cleaner Robot was programmed to dispose of its garbage in designated areas where it’s supposed to dispose of.

How does this AI cleaning robot work? The body of the AI cleaning robot has a one-ofa-kind button. The first is the robot’s activation button, which is positioned on the back of his neck. Simply pushing it will turn it on and pressing it again will turn it off. The second button is located on the robot’s belly and is programmed to teach children how to dispose of waste and learn more about AI robotics. This will be displayed on the robot’s belly screen. Now the question is, what will happen if I activate this robot? What controls the robot? How can this robot identify garbage? How will it operate? Here’s how: The AI cleaning robot has a built-in sensor and runs a program that can detect nearby garbage, pick it up, and deposit it in the back compartment. Once the AI cleaning robot reaches the maximum capacity of the compartment on his back, it will seek out the designated area to dispose of the accumulated garbage. Lastly, the AI cleaning robot can also be controlled just via Bluetooth with just about any controller that has an arrow key or an analog stick. With its availability to connect to game controllers, children will be able to use, enjoy, learn robotics, and keep the place clean. 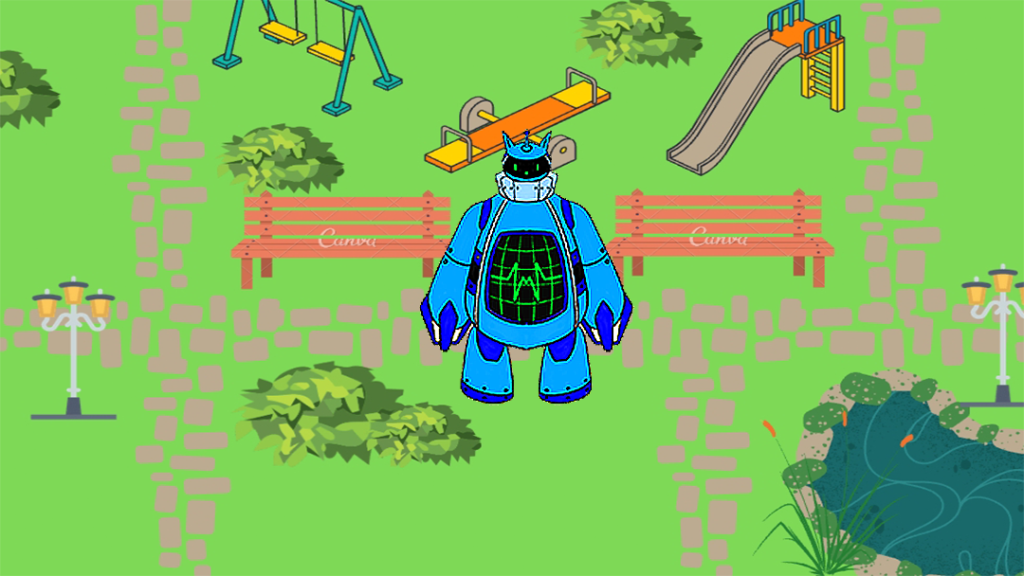 This project on AI and Robotics is the one that was given to us. This project will challenge our creativity and knowledge of advanced technology. This also prepares us for the course that we are pursuing. Using basic Pictoblox to make this robot game possible is the easiest programming language anyone can understand. There’s not much complicated code that is needed, but there’s also an option for Python coding and also when you want to use a board to control the robot.

What I think about this project is that it is a good opportunity for us to understand how robotics and AI work in a simple programming language. Being able to experience this kind of challenging task will truly prepare us for the real world in our firm. Despite all of us working on this project online, it doesn’t stop us from being creative and doing great teamwork. We believe that teamwork makes the dream work. That is why we are all helping each other to finish and do well on this project.

What’s good about this project is that it helps influence people that will ever play this game to do community work like cleaning or at least avoid throwing trash anywhere that is inappropriate. This project also shows how advanced and will continue to be advanced our technology is. This instilled in us the need to be open about new technology that makes our lives easier.

One of the best examples of robots that act similar to our project is the BeachBot. It is one of a number of initiatives that employ robots to clean up the environment, with many of them focusing on water. Laut added that collecting floating rubbish in rivers is a popular use for small-scale boats. Other robotic gadgets are designed to clean up spilled oil also

EDUCATION WITH TECHNOLOGY AND ITS BENEFITS