I’m sure we were all impressed by gaming when we first got into it. It’s difficult to believe, but in the last 30 years, we’ve progressed from simple shapes floating around black screens pretending to be spaceships, through simple sprites, full-screen cartoons, full-motion video, and early 3D experiments, to blisteringly detailed virtual worlds that we can explore at our leisure. 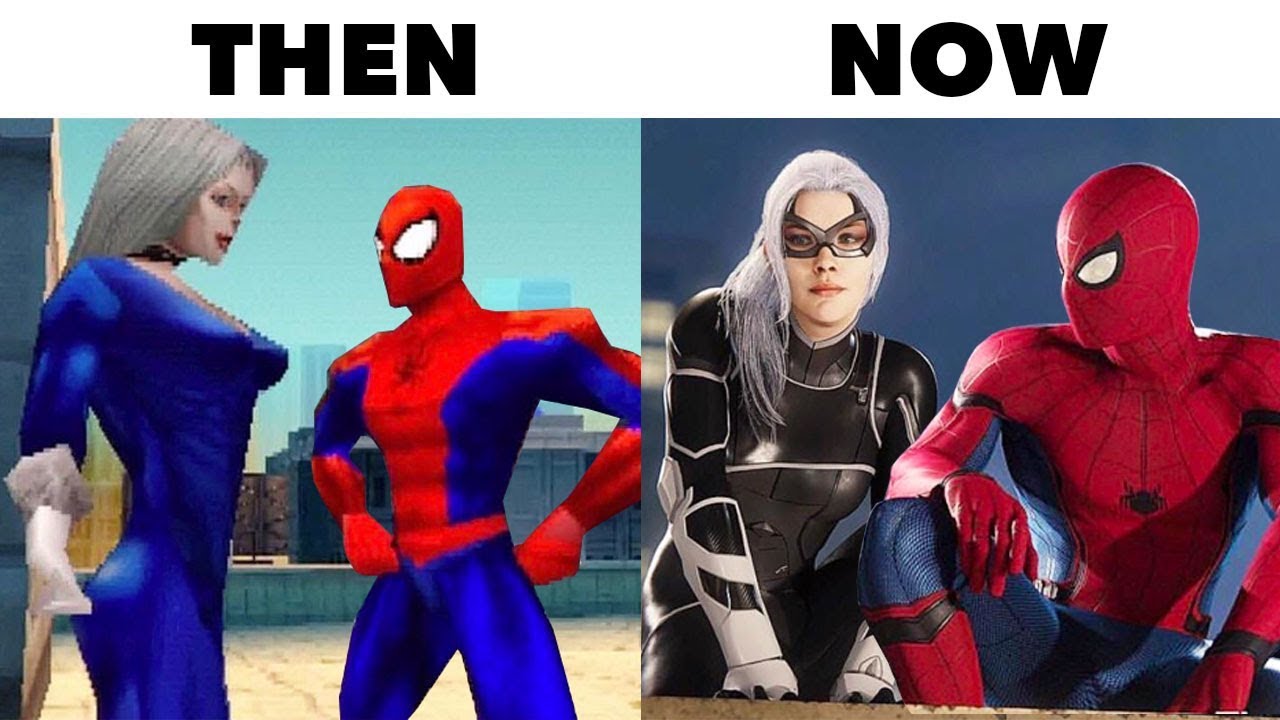 Games that focus on artistry rather than technology, on the other hand, often retain their looks surprisingly well decades later. Adventure games from the 1990s are a prime example. For the majority of the 1980s, artistic merit of any kind took a distant second place to simply hammering the primitive graphics of the time into something that the player would find vaguely recognizable. Games of this era were nothing short of a war between programmers and their machines.

Having said that, art style was primarily intended to compensate for the system, and it employed techniques such as placing translucent characters against colored backgrounds, or emphasizing graphical details by making the active game area a single color, with objects outlined in black and all other colors reserved for the frame.

Text-based games, otherwise known as interactive fiction, are video games where the primary way the players interact with it is through text. The delivery is the same as that of a novel, where the player makes choices on how and where to proceed; it also utilizes their imagination as this was the time before the norm of graphics and pictures on computers. The first text-based game was made in the 1970s by Will Crowther and Don Woods. It was called “Colossal Cave Adventure” and was played on a PDP-10 mainframe computer, one of the more advanced computers of the time. The game established the text adventure genre and was a pivotal point in gaming history. “Interactive fiction” was coined in the 1980s, during the height of the game “Zork”. Although this niche would soon become obsolete with the fast development of technology; along with the advent of home computers with stronger processing hardware, also comes the demand for more graphical media.

Although text-based adventure games are not as mainstream nowadays, the technique of using text-based interaction within games is still aplenty within the likes of Visual novels, Role Playing games (RPGs), and other story-driven games in the market that uses text as a way to tell a story or as a way for the player to interact with the game. The genre of text-based adventures saw another rise in popularity in 2019 with “A.I. Dungeon”. This project utilizes the implementation of a powerful A.I. to theoretically create more customized text adventures without the need for a pre-programmed story. And although the technology is still new and still a bit “clunky” so to speak, the rapid development of technology gives us hope that at least in the few years to come, the environment for text-based games would continue to evolve and be preserved in innovative and imaginative ways.

Both classic and modern games use vector graphics because they have unique benefits that make them applicable to the state of game creation technology today. Different game creators use certain Vector-based assets while using various graphic technologies to create the game’s primary material.

The restrictions of vector graphics depend on how complex your game is. For instance, the computer speed may decrease when processing complicated sceneries since the style uses constant calculations to define precise coordinates. From a CPU standpoint, there aren’t many distinctions between a simple door and a person’s face in other common visual technologies. A vector human face, for example, may require a thousand times more computing power. However, in vector graphics, a little bit of added complexity can weigh heavily. Depending on how intricate the work is, rendering vector can also take a long time. Last but not least, realistic photos that incorporate this design frequently lack a natural-looking complexion.

Have you ever played Dragon’s Liar and Astron Belt? Did you know that those are the first 2 games that used the FMV or also known as Full Motion Video.

So, what is FMV? Full Motion Video or FMV are pre-recorded content in the video game, it can be live action or animated video. These games are also called INTERACTIVE MOVIES, INTERACTIVE FILMS, or LIVE-ACTION INTERACTIVE. Live-action and animated video were popular in laserdisc arcade games in the 1980s, but they hadn’t yet reached home consoles. When home computers grew powerful enough in the late 1980s, developers experimented with the idea of incorporating live-action video into consumer video games. We now refer to these short slideshows of digitized sprites as PARTIAL-MOTION VIDEO. Originally, developers merely utilized photographs transformed to digital sprites, then showed the photos quickly in succession and called it “video.” When CD-ROM technology was introduced to personal computers and gaming consoles, programmers used it to include real video files into games. The phrase “FULL-MOTION VIDEO” was used to distinguish between the “full-motion” videos used in CD-ROMs and the “partial-motion” videos of the past.

Although the world of FMVs in video games can seem somewhat weird, a new generation of programmers is exploring this format and working to find ways to produce unique, engaging material.

As video game consoles improved, 2D graphics remained the norm until the mid-1990s. In the context of video games, 2D, also known as top-down POV, bird’s-eye view, or helicopter view, refers to the camera’s perspective that shows the player and his surroundings from above.

Cameras are greatly simplified in 2D games. In 2D games there is no perspective as you are looking directly at the game from the side. Also, the controls in 2D games are often simple. Characters don’t have the full range of 3D movement, so they have less chance of moving or manipulating other objects.

Another issue that complicates the discussion is games that use the “2.5D” style. It uses a technique called parallax scrolling, where the background scrolls more slowly than the foreground to create the illusion of depth. The term often refers to 2D games with 3D graphics, such as Mega man 11, dragon ball fighter z, and Street Fighter V.

In the late 1970s, 3D computer graphics software for home computers first became available. The first instance is 3D Art Graphics, a collection of 3D computer graphics effects created by Kazumasa Mitazawa and made available on the Apple II in June 1978. A computer-generated image that gives the impression of depth is referred to as 3-D (three dimensions or three-dimensional, meaning it contains the width, height, and depth (length)). Virtual reality is the term used to describe an experience in which 3-D visuals are made interactive so that viewers feel a part of the scenario. To view and interact with 3-D pictures, you normally need a specific plug-in reader for your Web browser. Experiences in virtual reality could potentially need additional hardware.

Graphic design in modern life full of digital devices is getting more and more technological. Famous Italian designer Massimo Vignelli said “The life of a designer is a life of fight. Fight against the ugliness. Just like a doctor fight against disease. For us, the visual disease is what we have around, and what we try to do is cure it somehow with design.” Remembering the words we have to say that the purposes of modern graphic design are pushed further and further. Not only does it beautify the physical or digital object, but also helps its users, navigates them, guides their way via which they can get both aesthetic pleasure and problem-solving benefits.

Numerous logos accomplished by studio designers have proved that this symbolic image plays the crucial role in all the next stages of brand strategy, including print work (like posters, business cards, corporate documentation templates, etc.), interface design (when brand or company uses digital sources and channels of reaching their clients like blogs, websites, apps, widgets, etc.), branded items (like stationery, cups, notebooks, etc.) and other directions. The efficient logo is usually based on deep analysis supported by designer’s talent and skills and presents a balanced mixture of art and functionality. Thinking over all the details, the designer selects the type and image of a logo that will correspond to the objectives of the company or brand strategy.

VIRTUAL REALITY: How it Changed the Gaming Industry